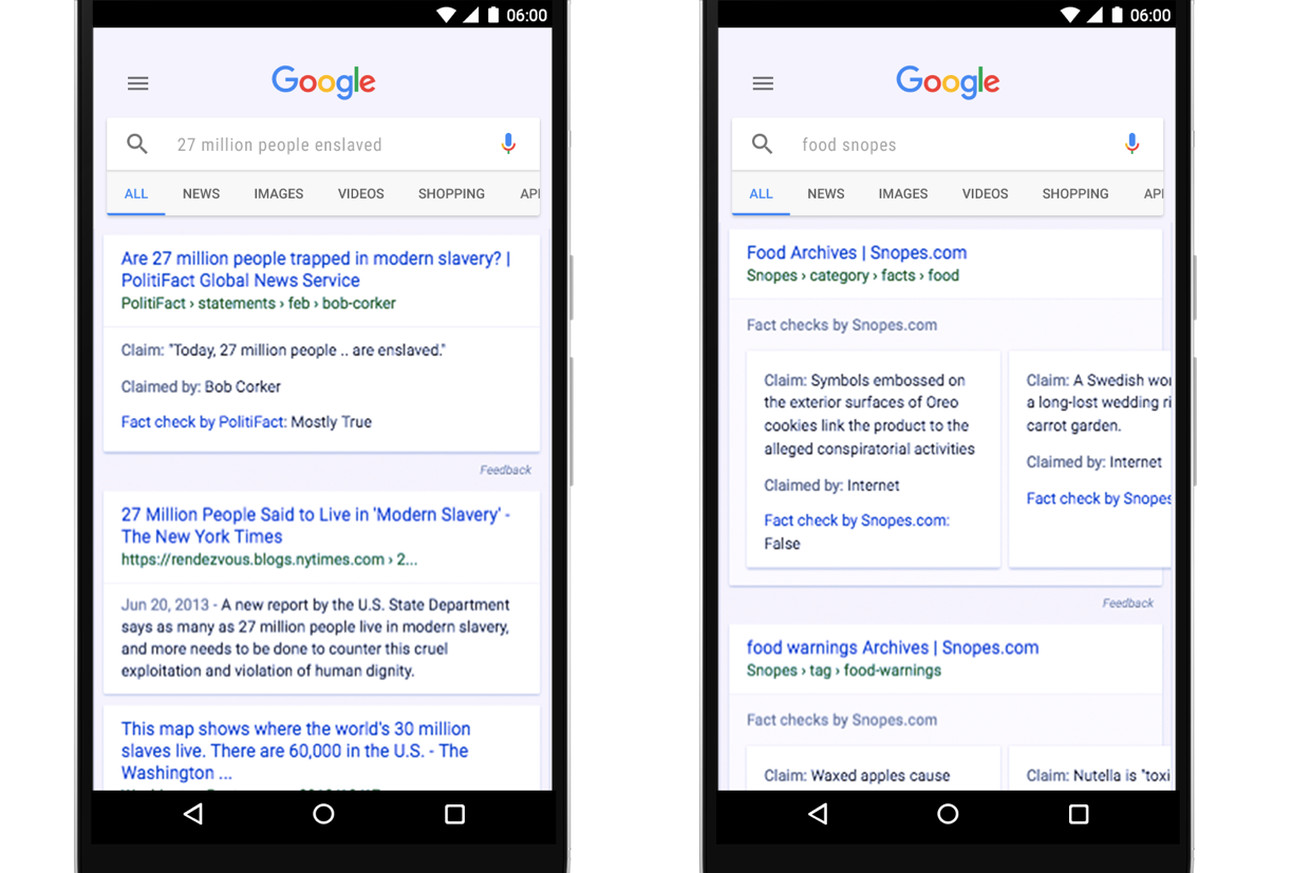 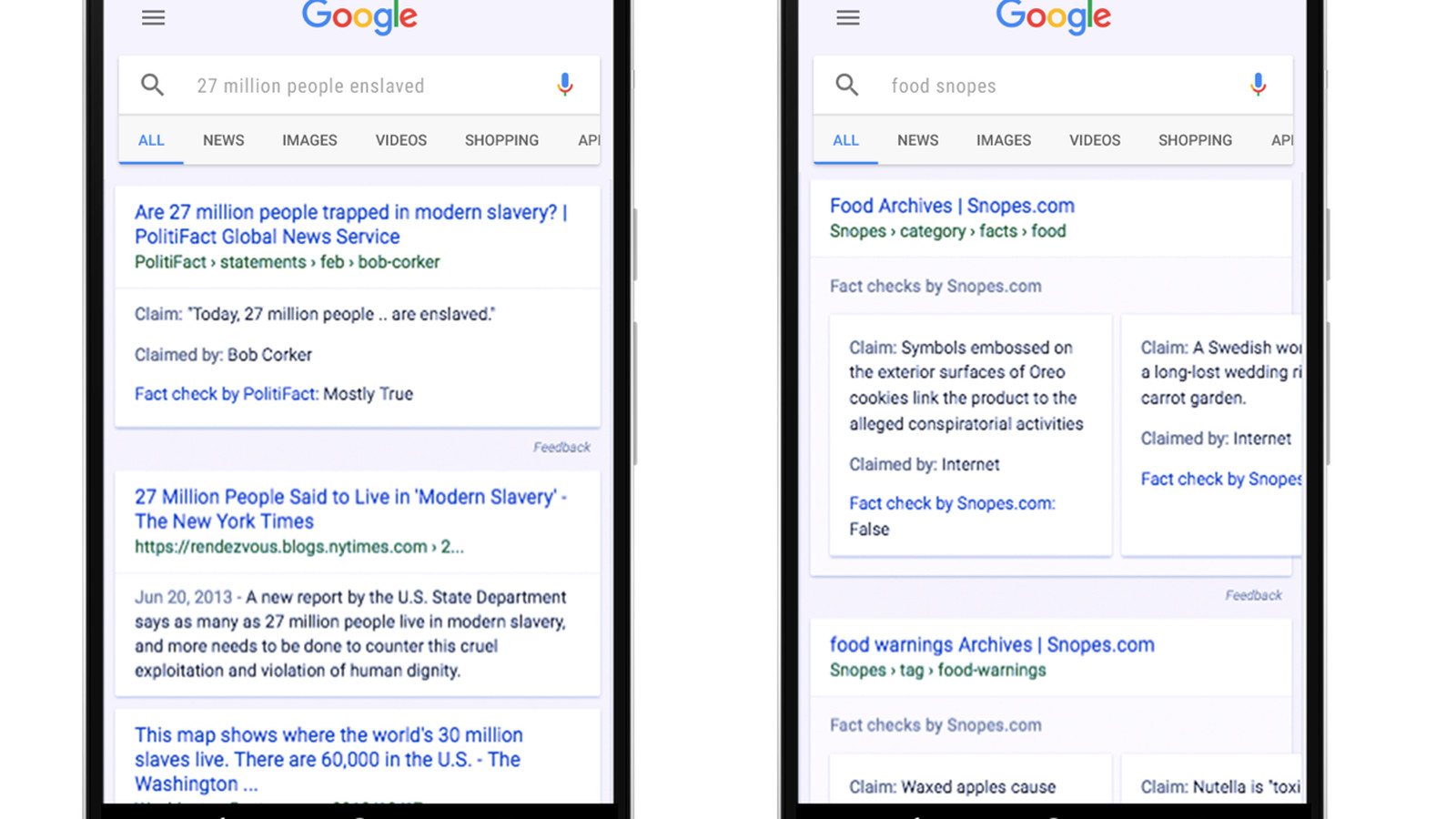 Following Facebook’s lead, Google is calling on fact-checking organizations to help it bust fake news. But it’s starting in a pretty small way.

Beginning today, Google will present richer information from fact-checking sites like PolitiFact and Snopes when they show up in search and news results. Those sites will be able to display richer information on Google, including directly noting whether they’ve judged a claim to be true, false, or somewhere in between.

Fact-checks won’t get featured or boosted in results

What this update won’t do is improve the search rank for fact-checking sites or bring their information to the top of the page in Google’s “featured snippets” box. So while this change will help fact-checking sites stand out and have a better chance of reaching people, this doesn’t do anything to directly combat the use of Google’s platform to spread false or offensive stories.

That’s increasingly being seen as a problem on Google. While Facebook has received the most attention for enabling the spread of fake news, people have spotted Google featuring more and more incorrect or inappropriate stories, like Holocaust denials and racist messages. The Outline collected more than a dozen examples in an article examining the problem.

Google is taking some steps to resolve the issue through its moderation team. But while today’s changes should help to nudge people toward more accurate information, it doesn’t take strides to correct the problem, by, say, fully highlighting fact-checkers’ results when they turn up in search. That could be partly because Google expects some searches to turn up multiple fact-check results that come to different conclusions.

Unlike Facebook, Google isn’t just sticking to a small, preselected group of fact-checkers. It’ll let any organization offer richer results, so long as they add some extra code to their webpage. Google won’t necessarily show information from all sites that claim to be fact-checkers, however. “Only publishers that are algorithmically determined to be an authoritative source of information will qualify for inclusion,” the company writes in a blog post. It didn’t say exactly how that determination will be made.