SpaceX is flying two tourists to the moon in 2018 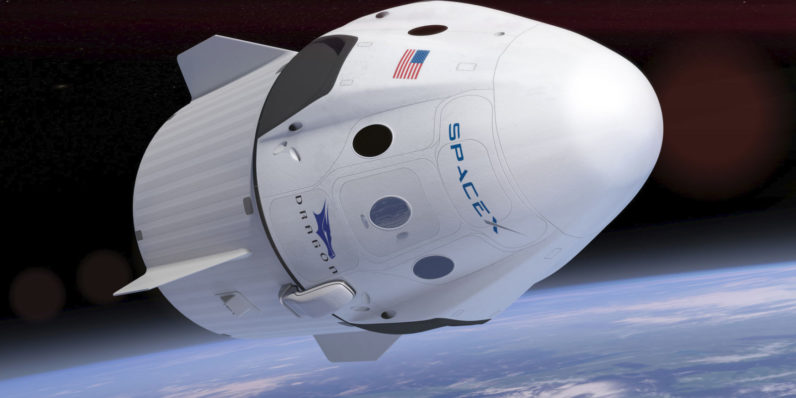 You no longer have to be an astronaut to travel into outer space. SpaceX has announced that it’s flying two private citizens to the moon sometime around the tail end of 2018.

The unnamed passengers will embark on their mission aboard a new version of SpaceX’s Dragon spacecraft. The original was designed to deliver cargo and people to orbiting destinations like the International Space Station; later this year, the revamped Crew Dragon, whose development was largely funded by NASA, will conduct its first unmanned demo mission to the ISS later this year. Here’s what the interior of the current model looks like:

The private mission will see the Crew Dragon leave earth with SpaceX’s Falcon Heavy Rocket, circumnavigate the moon and return to Earth; the entire trip, covering between 300,000 and 400,000 miles, will take about a week.

Spacex notes that this will be the first time in 45 years that humans will travel to deep space, and that the private mission will take off from the same launch pad used by the Apollo program for its lunar missions at Kennedy Space Center, near Cape Canaveral.

With that, SpaceX is set to be the first private firm to enable space travel for earthlings. CEO Elon Musk told CNBC, “There is likely a market for at least one or two of these per year,” and that the program could bring in about “something on the order of 10-20 percent of revenues” for the company.

FeedlyIFTTTTechnology
« Previous PostThe Nokia 3310 is back, baby Next Post »Bill Gates took to Reddit to discuss cheeseburgers and AI