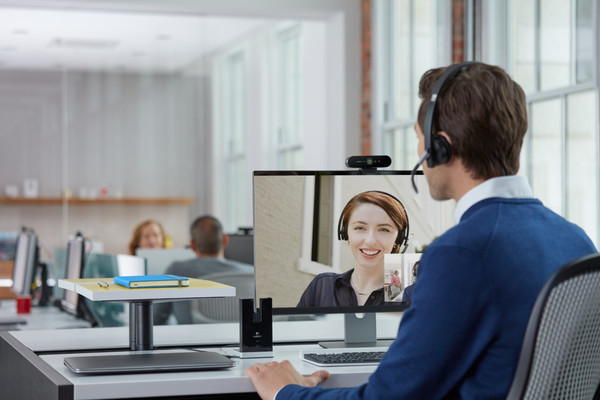 The last time Logitech released a webcam, Obama was still president. Which, fine, to be fair, wasn’t all that long ago. It was September, in fact. But the last time before the last time it did so, Obama was running for re-election, in a little year I like to call 2012.

Newly emboldened by its return to webcammery, Logitech is going big with the Brio, a new 4K model. It’s hard to say precisely why one would need that sort of resolution for videoconferencing – for some of us even HD feels like pushing it when beaming out images of our face to world. But here it is, and it’s a pretty affordable $199.

Of course, there may be some bandwidth restrictions on streaming 4,096 x 2,160 at 30 FPS, so the camera may be better suited to an office environment, where business meetings demand to be broadcast in ultra-high definition. Though as Logitech happily reminds us, it’s “not just for video conferencing, but for anyone who takes their video seriously.”

Also of note, the camera does HDR video as well, helping it operate in a variety of uneven light conditions, which field of view comes in a trio of different settings up to 90-degrees. The Logitech Brio is available online starting today.

FeedlyIFTTTTechnology
« Previous PostSpotify and AccuWeather team to match music, mood and monsoons Next Post »Portal for the Microsoft HoloLens is a triumph