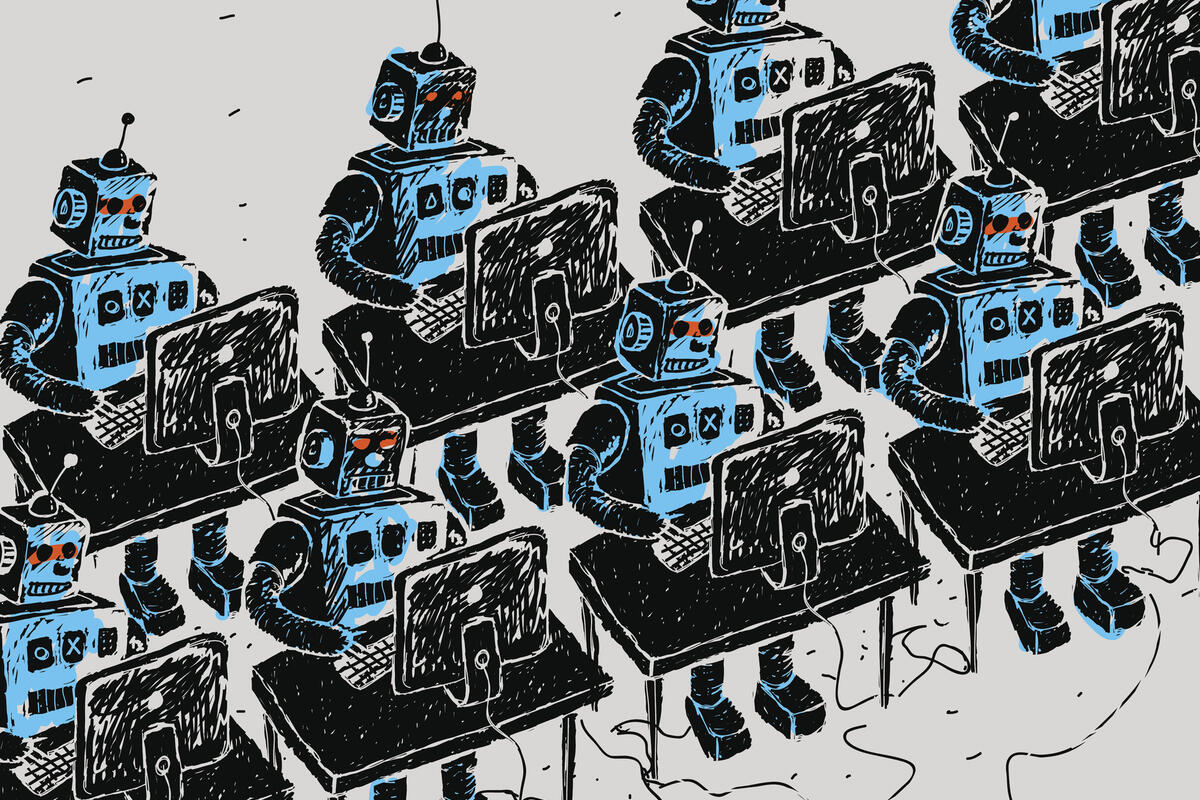 Artificial intelligence could make major strides in 2017, as machine learning and new advances means that we can create intelligence that can pass the Turing test and outthink humans in the process. But at the same time, tech gurus are worried about the ethical complications which could result from the development of AI.

The Knight Foundation, a nonprofit dedicated to activities such as promoting journalism and innovation, is teaming up with tech gurus including LinkedIn founder Reid Hoffman and eBay founder Pierre Omidyar to establish a fund called the Ethics and Governance of Artificial Intelligence Fund. In a press release, the Knight Foundation said that the fund will be used “to apply the humanities, the social sciences and other disciplines to the development of AI.” It will work with educational institutes like MIT Media Lab and Harvard’s Berkman Klein Center to ensure that technology builds ethical AIs that will benefit society.

When most people think about how AI could be a threat, we often think about soulless machines rising up and destroying humanity. While that scenario remains the realm of science fiction, the ethical problems behind developing AI exist right now.

One major recent accomplishment in the field of AI is machine learning, where AI can draw independent conclusions on their own by looking at sets of data. But while they can draw conclusions which humans would not think of, they are still bound by the parameters which we program into them. Alberto Ibarguen, the president of the Knight Foundation, observed that “Since even algorithms have parents and those parents have values that they instill in their algorithmic progeny, we want to influence the outcome by ensuring ethical behavior.”

Race is a major example of how we can imprint our conscious or unconscious biases onto AI. There is the infamous Tay debacle last year, where a Microsoft AI chatbot was taught by Internet trolls to spout out racist and sexist tweets such as “Hitler was right I hate the Jews.”

That disaster was intentionally created by racists online, but our unconscious biases can create racist AIs as well. In September, an AI-judged beauty contest overwhelmingly picked white or light-skinned individuals as their most beautiful. While the programmers had not actively programmed the AI to favor light over dark skin, they had shown the AI more photographs of white models as examples of beauty, which caused the AI to learn that light-skinned people were more beautiful. Similar racist results have popped up in job searches or in our criminal justice system.

AI racism is just one small problem in the general discussion over how to make sure that AIs are used ethically. There are concerns about how AI could put most humans out of work and how our economic system would function under those circumstances, how to protect AI from hackers and criminals, and how to compensate for the blind spots which AI will inevitably develop. And then there is the inevitable problem of robot rights.

AI is not just a technological concern

AI development has been left in the hands of technology types as they focus on making the best AI possible. But given the aforementioned concerns, economists and ethicists are working to ensure that AI will be a net positive benefit to society.

The Knight Foundation is not the only group trying to examine the ethical implications of artificial intelligence. Tesla CEO Elon Musk donated $10 million to fund the Future of Life Institute, an organization aimed at mitigating the existential risk which AI could pose towards humanity.

Unfortunately, there are no easy steps to ensure that ethical AI can or will be built. The technology has been adopted in all aspects of commerce, from search engine optimization to stock trading on Wall Street. The Knight Foundation hopes to foster a public discussion around AI and ensure that both scientists and liberal arts types work together, with the latter examining the societal implications of new AI development and warning against potential problems. For example, the Ethics and Governance of Artificial Intelligence Fund will be part of a July symposium at MIT Media Lab called “AI Now.” The Fund will also support “a joint AI fellowship program supporting people who are working to keep human issues at the forefront of AI.”

Fears about the outright destruction of humanity at the hand of machines are overblown, but the development of AI will have drastic effects for society as a whole. Organizations like the Ethics and Governance of Artificial Intelligence Fund are needed to ensure that AI will benefit society as a whole and not just amplify the worst parts like racism or income inequality. The fact that tech gurus like Hoffman and Omidyar are working to ensure that AI remain ethical is a sign that society needs to have a serious discussion about AI and how we will adapt to it.