Autonomous cars: A beginners’ guide for 2017 and beyond 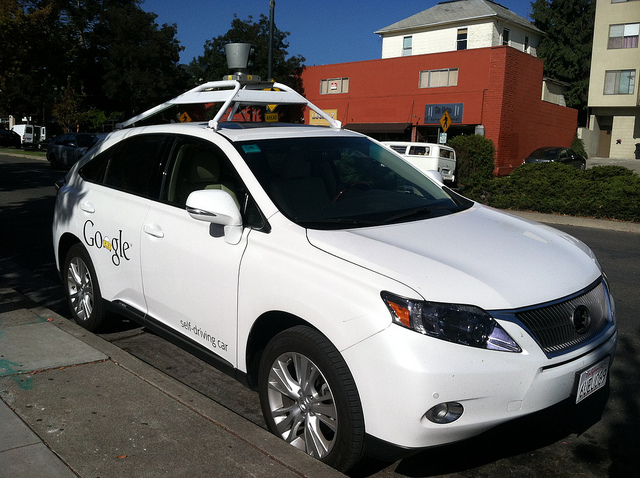 Times are moving. Fast. If you haven’t been keeping up, it’s time to crawl out of the medieval rock that you’ve been hiding under. In just a single year, we have learned more about space than we have in the past decade and the likes of Pokémon Go gave us a sneak peek into the potential of virtual and augmented reality.

Our better understanding of artificial intelligence has also enabled the likes of Google and Tesla to develop autonomous or self-driving cars (also the closest things to KITT in Knight Rider). Plus, with improvements in radar, GPS, and cameras, self-driving cars are inching closer to revolutionizing the automotive industry.

Join us and 30,000 others at the 12th edition of TNW Conference. Explore our speakers and attendees now.

Experiments on self-driving cars have been ongoing for years, even as far back as the 1920s. But it wasn’t until Google and Tesla began developing their self-driving technologies within the past 7 years that things really became interesting. Tesla’s Autopilot looks to infuse bits of the autonomous features into currently existing cars – Teslas – while Google and Ford are experimenting with fully functioning driverless cars.

The number of drivers using cars with the Tesla Autopilot currently exceeds 70,000, with over 780 million miles covered using these semi-autonomous vehicles. Google’s self-driving cars currently number about 60 cars, with a cumulative total of about 2 million miles having been traveled.

The massive data collected on the road just between these two companies will help set the stage for more consumer awareness and help drive regulation and R&D globally. With the right growth environment, BI Intelligence estimates that there will be over 10 million self-driving cars on the road by 2020. Other projections even see autonomous cars making up over 15% of all vehicles sold in 2030.

How self-driving cars will revolutionize the auto industry

The question here should be how autonomous vehicles will NOT revolutionize the industry. When the first commercially available autonomous vehicle comes out circa 2019, they will be among the safest machines on the planets. A KPMG report projects accidents will significantly go down, by up to 80%, with self-drives on the road. KPMG also estimates that fatalities from road accidents will reduce by 2,500 with self-driving cars on the road.

From safer roads, self-driving cars will also change the automotive manufacturing landscape. Automakers are increasingly shifting attention to car manufacturing as a service as opposed to making cars for sale to individuals, which will lead to the popularization of the driverless taxi.

Because they already had a foot in the ride-hailing sub-sector, Uber is miles ahead in this domain. Self-driving Ubers hit the streets of Pittsburgh earlier in September, and the company is looking to expand into other cities throughout the country.

The biggest concern for self-driving at the moment is safety – largely because of the number of unknowns. Most of these self-driving cars are running on beta versions, collecting data as they go. Still, apart from Tesla’s only fatal car crash involving their semi-autonomous car, accidents are few and far between. Google has only recorded about 24 minor accidents over a 7-year span, with only a single incident attributable to the Google self-driving car.

Innovative technology is no stranger to regulatory restrictions and unchartered land. Google, Ford, Tesla, and other automakers are required to get the go-ahead before sending out autonomous vehicles on the road in many states.

Other issues that are bound to have an effect on the industry include potential job losses, privacy issues, and the risks of hacking.

It’s not a matter of whether self-driving cars will be parked in your driveway. It’s a matter of where and when. The good thing is that you won’t be required to make any far-reaching changes to your driving habits, though more vigilance is always best.

Google and Tesla are often coming up with ways to improve existing autonomous systems. Tesla’s Autopilot has already been busy preventing accidents, thanks to continuous updates.

The next 5 years will definitely be interesting to watch.

This post is part of our contributor series. It is written and published independently of TNW.

FeedlyIFTTTTechnology
« Previous PostThings to Come: A Timeline of Future Technology [INFOGRAPHIC] Next Post »Becoming Borg: What Is a Hive Mind in Science and Could Humanity Get There?