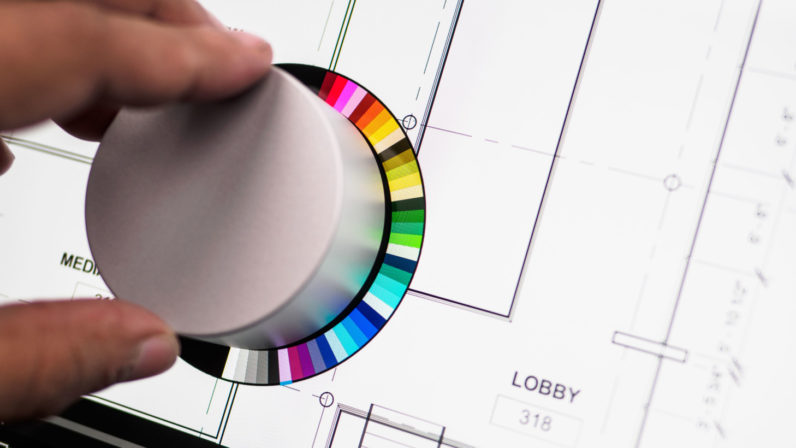 It’s that time of the year.

As we approach the end of 2016, it’s important to take a step back and take a moment to reflect on all the progress we’ve accomplished over the last 12 months.

Join us and 30,000 others at the 12th edition of TNW Conference. Explore our speakers and attendees now.

In a year full of exciting announcements and releases, only a handful of companies managed to make a splash and catch the attention of tech aficionados across the globe. This is our roundup of the most influential companies of 2016.

For many sentimental fan boys and girls, 2016 will go down as the year Apple ditched the headphone jack.

Back in September, Cupertino confirmed months of speculation when it unveiled the new iPhone 7 and 7 Plus, featuring killer stereo speakers, enhanced water resistance and boosted camera capabilities — but, to the disappointment of many, no standard audio port. As an alternative, the iPhone-maker introduced its new wireless AirPods that are yet to start shipping.

Despite initial critcism, it seems Apple will be wrapping up yet another phenomenal year as reports suggest the company has decisively outsold its rivals in both the laptop and the mobile market – and that’s in addition to stacking over 20 million subscribers on its music streaming service Apple Music.

While the iPhone 7 breezed through the competition to clinch a record-high industry profit for the third quarter of 2016, the revamped MacBook Pro purportedly racked up more sales in five days than competitors did in 10 months.

After a packed three days of announcements, teasers and demos, Alphabet subsidiary Google laid out an ambitious plan for the rest of 2016 at its flagship Google I/O conference, which it hosted earlier in May.

The search engine giant delivered on its promises big time, making progress on all fronts with impressive releases in both the hardware and the software departments.

While the Big G kicked it off in August with the roll-out of Android Nougat, a month later it followed up with the launch of its mobile messaging app Allo, which also formally introduced its mighty Assistant AI.

It wasn’t until its hardware #madebygoogle event in October that Google really brought out the big guns though.

Along with the 4K Chromecast Ultra streaming dongle and its Google Wifi router, the company launched its new and improved Daydream VR headset and also took on Amazon with its own smart home device called Google Home.

The undisputed headliner, however, was the announcement of its new Pixel and Pixel XL flagship smartphones, leaving the Nexus brand behind. Assembled by HTC, the handset quickly earned the admiration of tech aficionados with its gorgeous design, smooth performance, sharp display and spectacular camera capabilities.

To top all of this off, Google recently hit another massive milestone, after new research estimated Android scooped 87.5 percent of the global smartphone market share – meaning nearly every nine out of 10 mobile devices out there are running its operating system.

For Microsoft, 2016 was all about enabling people to connect and create.

Back in October, the company hosted its Windows 10 event, where in addition to announcing a huge ‘Creators Update’ still to come next year, it also teased a series of complimentary tools and resources to go with it, including the revamped Paint 3D app as well as its creative community platform Remix3D.

To start off, the Redmond titan revealed its brushed up Surface Book, boasting significantly augmented graphical performance as well as a supercharged battery that could last for up to 16 hours. It also showed it’s finally getting serious about virtual reality with a small preview of its forthcoming VR headset.

But the biggest takeaway from the Windows 10 event was without a doubt the announcement of its first ever desktop computer – the Surface Studio. Much like the iMac, the device is an all-in-one PC with a dazzling design that holds together all of its components in a single base and monitor unit.

The Surface Studio will ship with auxiliary ‘Surface Dial‘ knob which will provide a wide array of skills and controls, when placed on the screen. The Dial will also be sold separately as it will be compatible with other Surface products, including the Surface Book and the Surface Pro.

To round things up, more recently Microsoft made its foray into group chat messaging with the introduction of its Slack competitor Microsoft Teams, which aims to streamline team communication for both casual conversation and productive collaboration. But we’ll have to wait until next year to see how this pans out.

Capitalizing on the surprising success of its Echo smart speaker, this year Amazon continued to expand its Echo offerings, introducing a heap of new Alexa skills as well as two two smaller-sized models of its smart home assistant – the Amazon Dot and the Amazon Tap.

The e-commerce giant also managed to ramp up its content streaming and production efforts, bringing notable improvements to both its music as well as video services.

In a less anticipated turn of events, Amazon also launched its new Amazon Go technology that promises to fundamentally transform the retail world. In a nutshell, the system aims to make stores cashier-free by introducing a new self-check out mechanism.

Although news outlets rushed to speculate Amazon could venture into retail with 2,000 more Go-equipped stores, the company was quick to shun the rumors, claiming it has no immediate plans to open more physical stores other than the grocery shop in Seattle where it’s currently testing the new technology.

Nitendo has been on a tear this year – and not without a reason.

Back in March, the legendary game-maker finally made its first foray into smartphone gaming with the release of its freemium social networking app Miitomo that proved to be an immediate success, amassing over 10 million downloads worldwide.

It wasn’t until the launch of Pokémon Go that things really started to pick up for Nintendo. Only a week after its release, the smash-hit augmented reality game engaged almost as many daily active users as social media favorites Snapchat and Twitter. Although the game eventually began to lose steam, it still edged out rivaling titles Clash Royale, Traffic Rider and slither.io to become Google Play’s top game of 2016.

In fact, turned out to be such a colossal sensation it caused Nintendo stock to surge up nearly 13 percent to a six-year high, but quickly plummeted when the company issued a memo reminding shareholders it owns only 32 percent of Pokémon Go creator Niantic Labs.

But this was only a temporary setback. In September, the game-maker dropped another bomb when it announced it’s bringing the Super Mario franchise to iOS and and Android with its upcoming title Super Mario Run.

In addition to its winning mobile game streak, Nintendo also made its presence felt on the hardware front. The company re-launched its classic NES console in an adorable tiny form to warm up nostalgic fans for the introduction of its new Nintendo Switch console early next year.

While these titans of the tech industry undeniably stole the spotlight this year, they certainly weren’t the only companies to leave a mark in 2016.

Netflix continued to assert its dominance, creating more original content than ever and fixing to further ramp up its original programming efforts within the next few years, with goals to produce 50 percent of its offerings in-house.

Tesla is also confidently marching forward on its electric-powered quest with a slew of meaningful improvements to its vehicles as well as bold a entry into solar technology with the $2.6 billion acquisition of SolarCity.

Things are also shaking up in the mobile market. While Apple lords over the rest, Chinese suppliers Huawei and Xiaomi are rapidly closing in on runner-up Samsung, following the devastating launch of its flagship Galaxy Note 7.

What other companies do you think made a strong impact in 2016? Let us know down in the comments.

FeedlyIFTTTTechnology
« Previous PostEnd of Year Clip Show by NASA Next Post »Artificial Intelligence: What It Is and How It Really Works