Why Google is Embracing Mesh Networking with Google Wifi 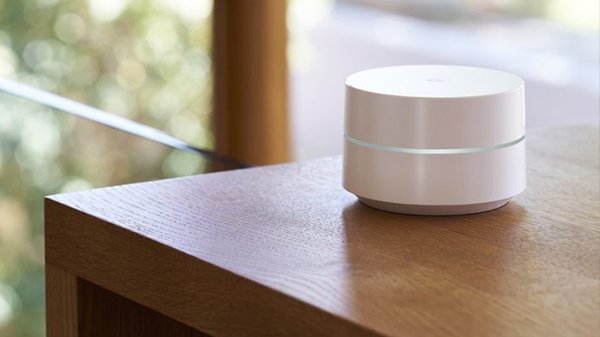 As more and more devices have started relying upon internet connectivity, it’s much more important that all the nooks and crannies of your home have proper WiFi coverage. The routers of old simply aren’t up to the task, but new models have implemented a variety of clever antenna technologies to make coverage better. However, mesh networking might be the wave of the future.

Google has joined other companies like Eero and Netgear in making a mesh networking product. It’s called Google WiFi, and it’s coming out just a year after the OnHub. What’s going on with that?

Jumping on the mesh networking bandwagon

So, why is mesh networking suddenly the hot new thing? A few years ago, routers were not very smart. They’d blanket an area with signal, and hopefully you were able to pick it up on your device, because the router wasn’t going to give you any help. Beamforming was added in the 902.11n specification, and it allowed routers to focus a signal at active devices. It wasn’t a requirement, so there was no guarantee a router would support this technology. Smart home devices might not always be in a convenient place for wireless coverage because you usually have other considerations when adding things like cameras, lights, and so on.

At the same time, we’ve moved beyond 2.4GHz WiFi frequencies to 5GHz. This allows for much more data bandwidth, but the higher frequency also loses power more quickly as it passes through walls and other obstacles. At first 5GHz was at least relatively uncongested with traffic, but now there’s plenty. Routers with higher power output and technologies like beamforming are necessary to maintain high throughput for applications like HD video streaming and large file transfers. 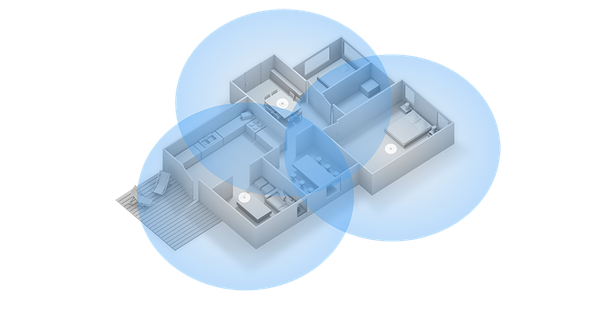 Mesh networking offers a way to cover a home without worrying about where a device is. Multiple access points communicate with each other, and also with the devices connected to the network. This improves reliability and offers redundancy. If you move from one area of the house to another, a mesh network detects when your signal starts to falter. That’s the trigger for it to switch you over to a closer node on the network. This setup can also help with a congested network as devices can be split up among different APs, thus reducing congestion at the network level. No more fiddling with QoS settings just so you can keep your gaming rig lag-free.

One of the issues with networking of all sorts has always been how deviously complicated it can be. Ideally, a WiFi network is something you set up once and then don’t have to think about again. That’s sometimes not the case though, especially when you have coverage issues. Trying to set up additional routers as access points or adding network extenders is a huge pain, but mesh networking solutions like Google WiFi have the potential to be much easier in the long run. The individual nodes know how to talk to each other because that’s what they are designed to do.

Despite Google WiFi not keeping the branding from last year’s OnHub, the two devices have more in common than you might think. The OnHub was sold as a standalone $200 unit with an elaborate antenna setup. The ring of 13 antennas inside. It used these to connect devices on both 5GHz and 2.4GHz and monitor the wireless conditions. This allowed it to shift channels and frequencies to reduce interference. That was OnHub’s approach to supporting a lot of simultaneous devices.

Google WiFi has small individual hubs that are deployed to form a mesh network. Each one costs $129, but you can also get a 3-pack for $299. There’s no reason to get Google WiFi unless you’re going to use more than one, because that’s where all the magic happens. When operating together in a mesh network, Google WiFi determines the best path for data from each device on the network, then makes sure you’re connected to the right node. The result (hopefully) is fast WiFi everywhere with a lot of devices connected at the same time. If you notice an area of your house isn’t getting good coverage, you can move the nodes around or ann another one to the mesh.

OnHub owners were understandably annoyed when Google WiFi was announced (disclosure, I have had one since launch). The OnHub was supposed to include various smart home features in post-launch updates, but that never happened. The one exception being rudimentary (and terrible) support for Hue lights. Now that we know all the details, the release of Google WiFi could be a good thing for onHub, which was already stagnating.

Google WiFi will use the same app as OnHub does. It’s currently called Google On, so perhaps it will get renamed. It supports device prioritization, traffic monitoring, and speed tests. Network managers can be added to the app as well. That’s not the only thing Google WiFi and OnHub can share. They can be part of the same mesh network.

When OnHub was announced, the only way for two OnHubs to operate on the same network was via an ethernet connection. That makes little sense for mesh networking, but Google WiFi will be able to operate with OnHub as another node.

There were plenty of issues with the OnHub, but it was an incredibly simple system to set up and handled tons of devices just fine. Hopefully that means Google WiFi will be similarly easy get up and running. Google hasn’t provided an exact release date for Google WiFi yet, but it’s expected to be sometime in November.