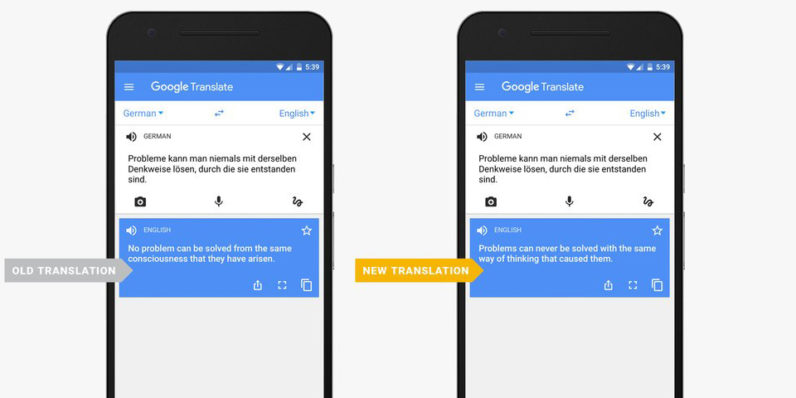 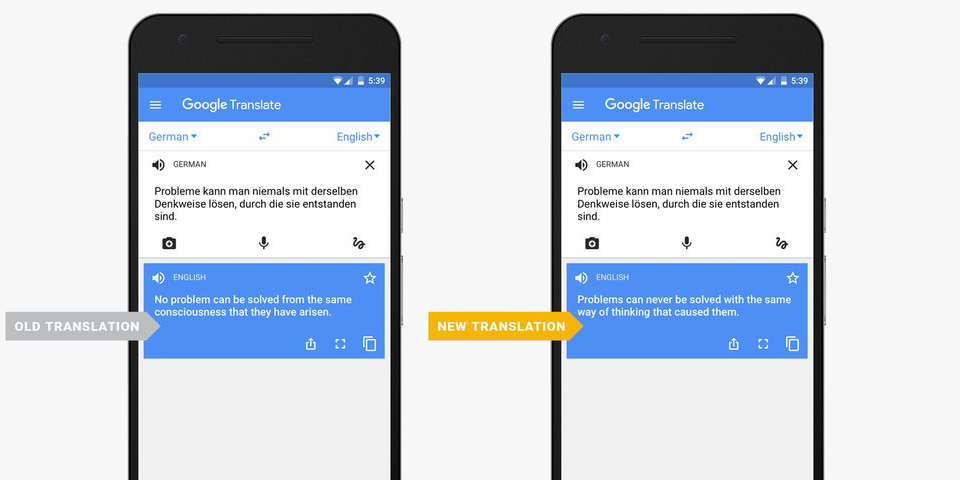 While Google Translate is great at making sense of words in other languages, its results for entire sentences are sometimes off the mark, as this hilarious version of Adele’s ‘Hello‘ shows.

The company says it’s fixing that with a major update. Using a technique called Neural Machine Translation, Translate takes on whole sentences at a time instead of going word by word. By looking at a broader context, it’s able to provide more accurate translations than before.

The new capabilities will be rolled out to eight languages at first: English, French, German, Spanish, Portuguese, Chinese, Japanese, Korean and Turkish. Google noted that these cover roughly 35 percent of all translation queries it receives; it’ll eventually become available to all 103 languages that Translate currently supports.

You can try the enhanced service right now on Google Translate’s site, as well as its mobile apps for Android and iOS.


Found in translation: More accurate, fluent sentences in Google Translate
on The Keyword