After losing mobile gaming to iOS and Android, Facebook is making a big push into playing on PC with today’s developer launch of its Gameroom Windows desktop gaming platform. After months of name changes, beta tests, and dev solicitation, Facebook opened up the beta build for all developers and officially named it Gameroom. The app is openly available for users to download on Windows 7 and up.

Gameroom will have to fight a steep uphill battle again Valve’s Steam platform, which has well over 125 million active users, with millions actually playing at any given moment. Facebook will need to convince developers that Gameroom will share its social network’s massive reach and is therefore worth their while. Then it will have to persuade gamers that a more social experience is worth diving into a new platform. If Facebook succeeds, there are plenty of potential benefits to owning a gaming destination.

It can earn a 30% revenue cut on payments in games. It can tie users deeper into the Facebook identity layer, making it harder for them to ditch the social network. It could drive ad sales as developers seek to promote their games in Facebook’s News Feed or potentially with sponsored placement in Gameroom if Facebook allows it. And it could generate Facebook Live content from players streaming their gameplay. 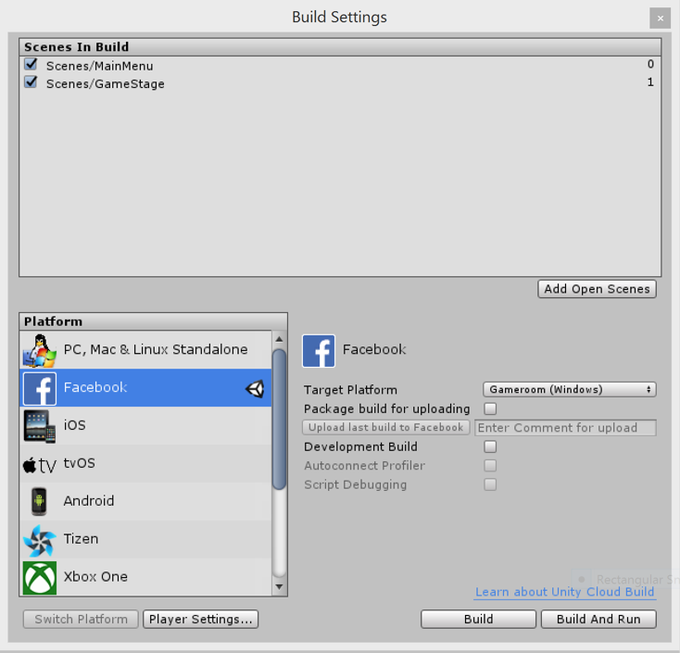 Facebook announced the launch and name change from “Facebook Games Arcade” today at Unity’s game development platform conference. Unity 5.6 shipping next year will allow devs to export their games directly to Facebook Gameroom as well as to the WebGL standard. Facebook’s director of global games platform Leo Olebe touted how Facebook will feature new games in the Gameroom to give developers a leg up.

Facebook first revealed it was working on Games Arcade back in May alongside a global open beta roll out, then revealed more details about its Unity partnership and how the desktop app would work in August. But now Gameroom is out in the open, with a plethora of shooters, strategy titles, puzzlers, and casual games for people to try. The official consumer launch will come next.

Steam might be the favorite of hardcore existing gamers, but Facebook is betting there’s a huge untapped swath of the mainstream ready to play too. 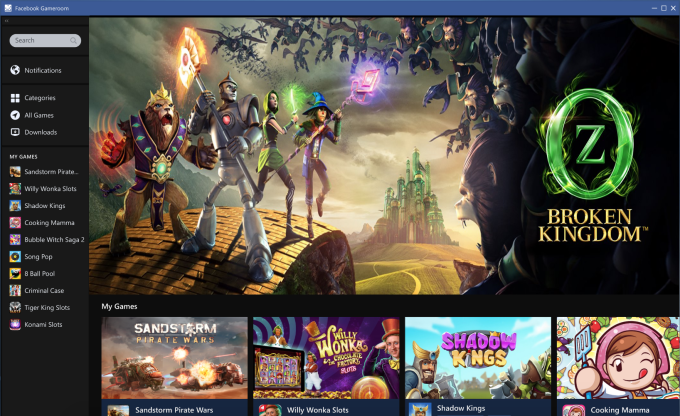 FeedlyIFTTTTechnology
« Previous PostNintendo mercifully kills Wii U ahead of ‘Switch’ launch Next Post »Reminder: You should Google your name plus ‘the hedgehog’