Study: Bots accounted for a third of all pro-Trump Twitter activity during the debate 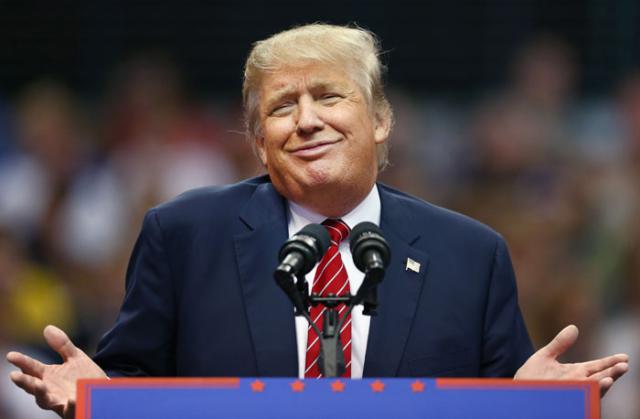 Donald Trump was the clear-cut winner of the September 26 Presidential debate in the United States. Regardless of what the news outlets say — or your sensibilities tell you — for one night, Trump was king — at least on Twitter. But as with all things surrounding the 2016 Presidential election, it might not be that simple.

A University of Oxford study indicates he may have had some help in the form of pro-Trump Twitter bots. These deplorable-bots (can we make that a thing?) tweeted approximately 576,178 times, accounting for nearly a third (32.7 percent) of all pro-Trump posts that evening and in the four days to follow.

Hillary Clinton had bots too, but hers seem to have been preoccupied, tweeting just 136,639 times.

“On the balance of probabilities, if you pulled out a heavily automated account the odds are four to one that you’ll find it’s a bot tweeting in favour of Trump,” Professor Howard told BBC.

To identify the bots, researchers looked for accounts that exclusively posted messages containing hashtags associated with a particular candidate. There were over a dozen hashtags used for each of the candidates to help identity bot activity.

The top three for Trump were:

While pro-Clinton Tweets consisted of:

Additionally, the bots had to tweet a minimum of 200 times during the debate and in the four days following, an average of 50 times daily — far exceeding the average human’s tweet frequency.

There are, however, a few important caveats to this study. First, and most importantly, it hasn’t been peer reviewed. Secondly, machine learning experts caution that the results might have been imprecise due to filtering that could still include personal accounts. And then there are the numbers, which show the infamous p***y grabber would have still been king with regards to Twitter activity even after filtering out the bots.

Researchers are quick to point out that there’s no evidence bots on either side were created by campaign officials. It does, however, highlight the world we live in, one where AI could lead to shifts in public opinion and further ‘muddy political issues.’


Trump’s Twitter debate lead was ‘swelled by bots’
on BBC

FeedlyIFTTTTechnology
« Previous PostBonkers Style mix (old skool HappyHardcore when we used to cruise.) by DJJiff Next Post »Facebook makes 360 photos much better with one small update