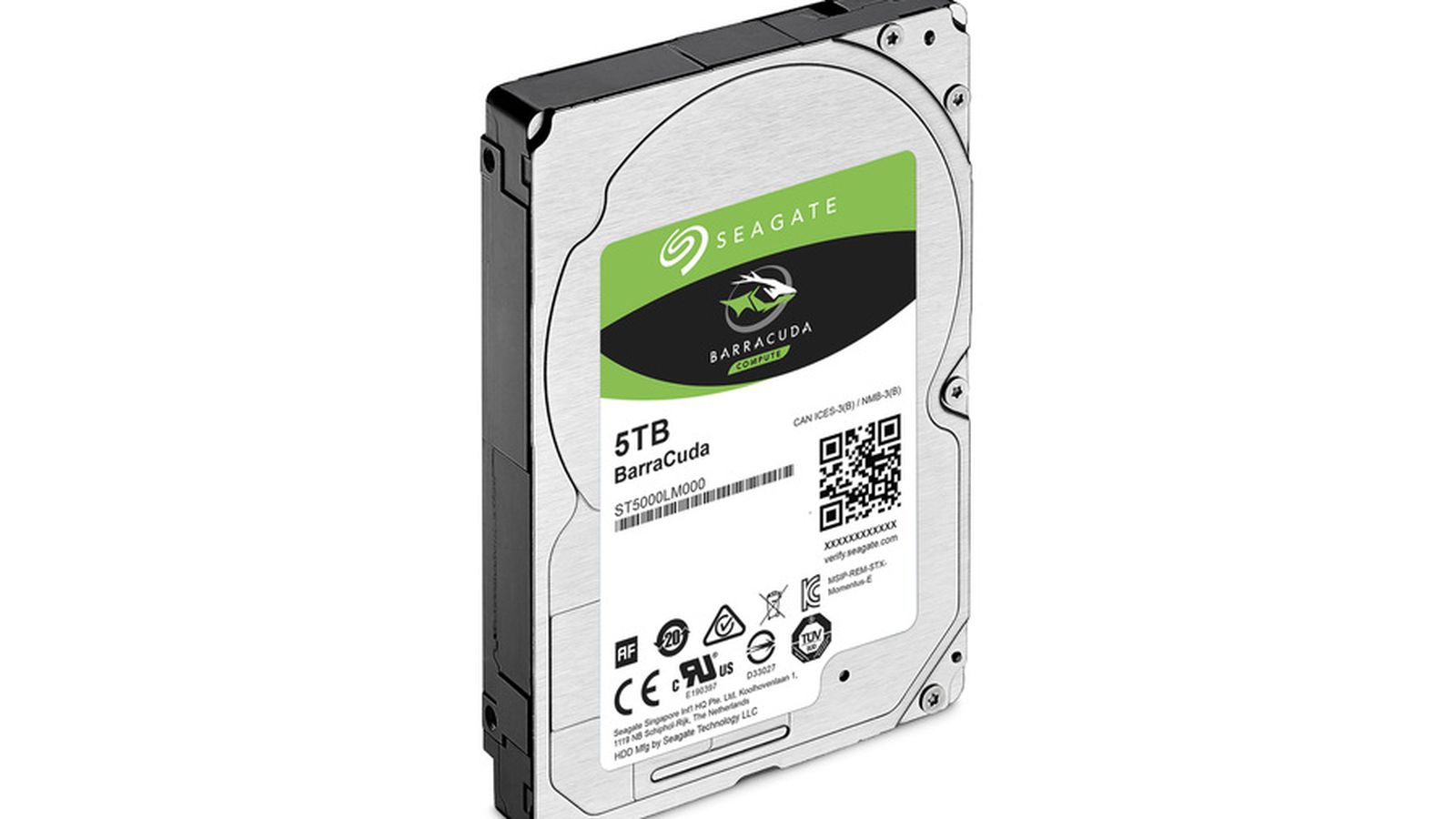 While the past few months have seen an escalating arms race to build the world’s largest solid state drive, magnetic disk-based hard drives are still the cheapest option for computers looking for the most bytes for their buck.

And Seagate’s new 5TB BarraCuda ST5000 hard drive is the largest 2.5-inch hard drive yet, although it isn’t going to be going toe-to-toe with something like the 60TB SSD when it comes to space.

The 5TB BarraCuda ST5000 is primarily meant for desktops

Unfortunately, while the BarraCuda ST5000 is a 2.5-inch drive, it’s also 15mm thick, which makes it primarily an option for desktops. Fortunately, Seagate also announced the BarraCuda ST2000LM015, which has a smaller 7mm thick casing used by the majority of today’s laptops, but tops out at a comparatively paltry 2TB of storage.

However, while SSDs may offer larger storage sizes and higher speeds, Seagate’s new hard drives definitely win out on price. The 5TB BarraCuda ST5000 will cost $85, while the laptop-sized 2TB BarraCuda ST2000LM015 will cost $55. (For comparison, the largest 7mm, 2.5-inch SSD available to consumers is Samsung’s 4TB 850 EVO for $1,499.99.) No release dates for the hard drives have been announced.