President Obama explains why you can’t run the U.S. like a startup 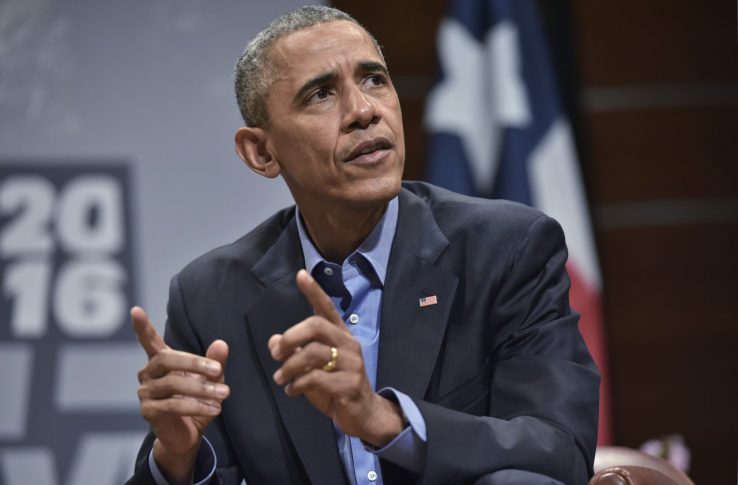 Last week, the White House held its Frontiers Conference in Pittsburgh, with a focus on what the U.S. government is doing for the future, in areas including space exploration, smart cities and more effective police accountability. President Obama ended the conference with a speech that included some real talk for startup founders and others in Silicon Valley who might think the White House and government in general could stand to borrow more heavily from the tech industry’s modus operandi.

Obama’s pertinent comments (via Drew Olanoff on Twitter) from the speech in full:

The final thing I’ll say is that government will never run the way Silicon Valley run because, by definition, democracy is messy. This is a big, diverse country with a lot of interests and a lot of disparate points of view. And part of government’s job, by the way, is dealing with problems that nobody else wants to deal with.

So sometimes I talk to CEOs, they come in and they start telling me about leadership, and here’s how we do things. And I say, well, if all I was doing was making a widget or producing an app, and I didn’t have to worry about whether poor people could afford the widget, or I didn’t have to worry about whether the app had some unintended consequences – setting aside my Syria and Yemen portfolio – then I think those suggestions are terrific. (Laughter and applause.) That’s not, by the way, to say that there aren’t huge efficiencies and improvements that have to be made.

But the reason I say this is sometimes we get, I think, in the scientific community, the tech community, the entrepreneurial community, the sense of we just have to blow up the system, or create this parallel society and culture because government is inherently wrecked. No, it’s not inherently wrecked; it’s just government has to care for, for example, veterans who come home. That’s not on your balance sheet, that’s on our collective balance sheet, because we have a sacred duty to take care of those veterans. And that’s hard and it’s messy, and we’re building up legacy systems that we can’t just blow up.

It’s a good reminder of the gulf that separates leadership in the tech industry from leadership in politics, which at every level requires consideration of a picture broader than just a product portfolio, or even a future-focused mission statement. This is kind of similar to how Valley outsiders perceive the so-called SV bubble, too (not the financial one, but rather the somewhat insular overall culture) but in the case of government, the goals are even more misaligned.

Without a doubt, tech billionaires and others who’ve seen success in Silicon Valley will likely still believe the lessons that have led to their success could lead to success when transposed to a state or national government. But maybe slightly fewer people will presume that what’s best for tech is best for everyone as a result of Obama’s comments.

FeedlyIFTTTTechnology
« Previous PostNew Pin on Board: wood working things furniture and design ideas Next Post »Get ready for the bot revolution