Google Cast gets built into Chrome 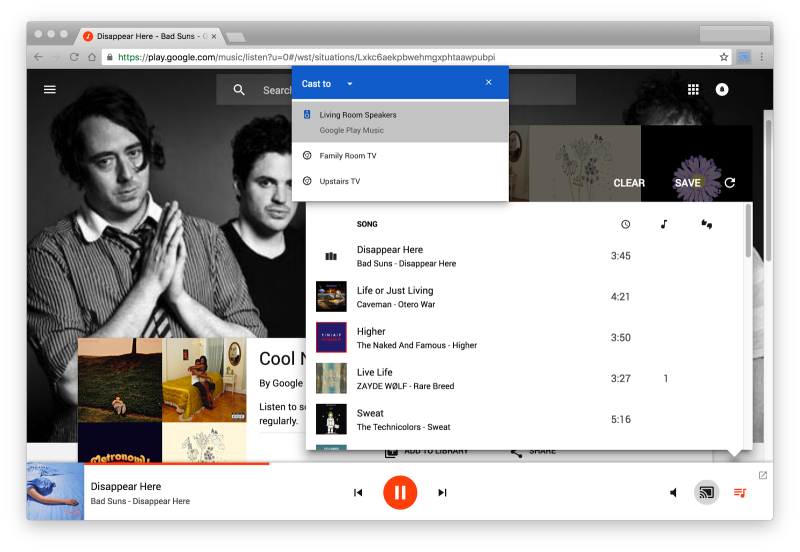 Google Cast—the protocol that powers Chromecast—previously worked inside of Chrome thanks to an extension released by Google. Buttons on YouTube, Google Music, and other sites allowed you to beam music and video to your TV or stereo system. Now you no longer need an extension to sling media across the room. Google has built the protocol directly into Chrome.

Like all Chrome features, Cast support started in the "Dev" and "Beta" versions. Cast has finally hit the stable channel that most consumers use. The Cast buttons in web site UIs will continue to work the way they always have, and if you click on the Chrome menu button, you’ll be treated to a new "Cast…" option that can beam an entire tab to your television.

To get the new Cast functionality, you just need the latest version of Chrome and a Cast-aware device on your local network. According to this page, the old Cast extension will apparently still live on for those who want the tab-beam button in their toolbar.