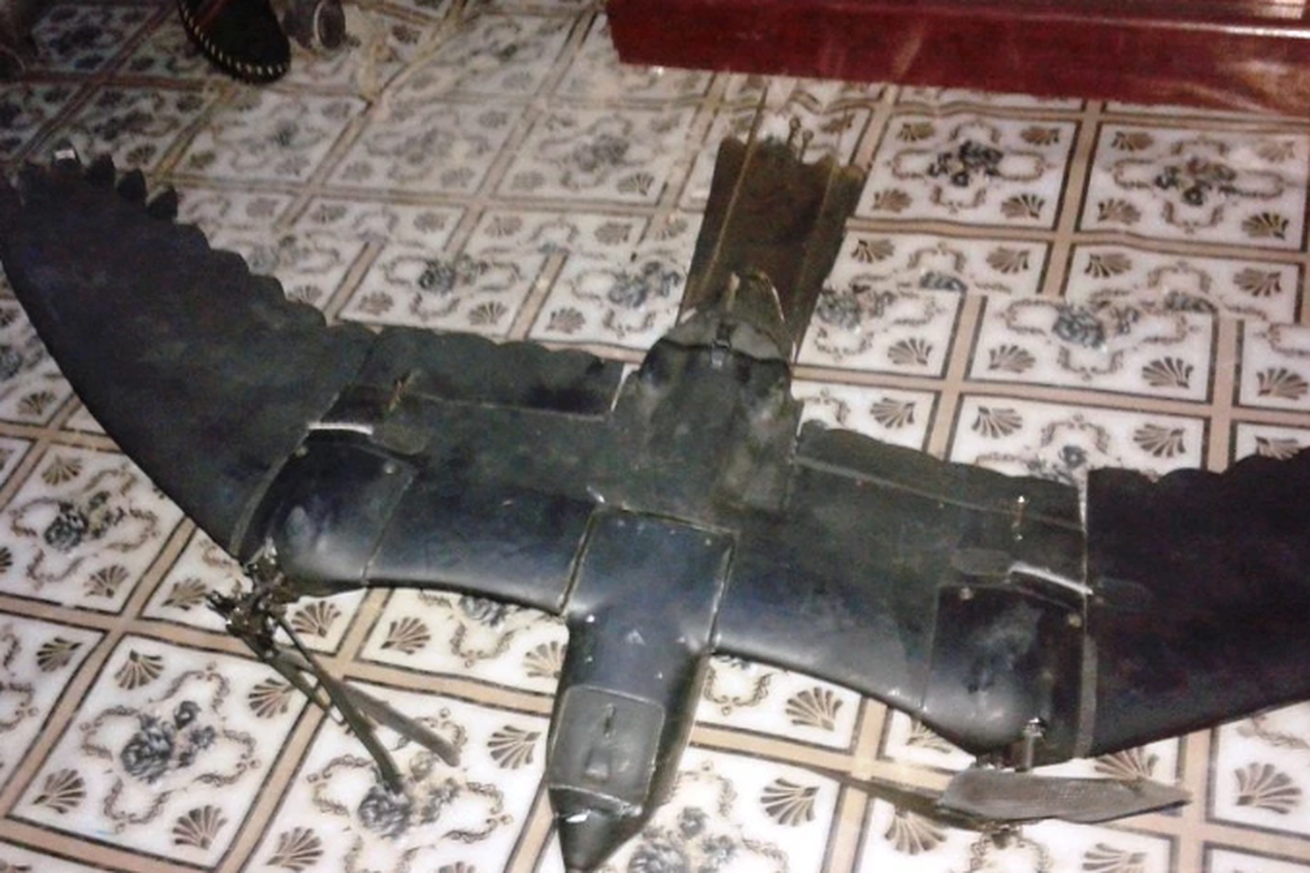 Drones flying over a war zone are nothing new, and as they’ve proliferated, there have been more efforts to make them harder to see from the ground.

Case in point? A drone that was recently downed in Mogadishu, Somalia looks less like a drone and more like a large bird.

Local reports associate this drone, which came down on May 1st, with Somalia’s National Intelligence and Security Agency (NISA). It’s unclear exactly how it was downed, or if similar drones have been used in the country before.

What’s most interesting about this particular drone are its wings: in addition to looking like a bird, the wings will flap, although it looks like it’s actually powered by two sets of propellers. A quick glance at it flying overhead likely won’t attract a lot of attention, which is exactly what you’d want for a surveillance robot.

The US Army Special Operations Command has used a similar drone that can be fired out of a canon or deployed by hand. Like this drone discovered in Somalia, it has wings that can flap, making it appear like a regular bird flying overhead.

As Atlas Obscura points out, there have been concerted efforts for companies to mimic bird behavior in drones both for appearance and for the obvious reason: physics. Birds, after all, are the experts at flying, and learning just how they fly is a good step in adapting their mechanical counterparts to accomplish the same tasks.

It’s unknown who is responsible for manufacturing this particular drone, but it’s certainly going to give observers on the ground pause when they see a flock of birds overhead.

The Phantom 4 is the drone we’ve been waiting for

FeedlyIFTTTTechnology
« Previous PostOne year since the New Horizons Pluto flyby, here’s what we learned Next Post »Facebook built a Swift SDK for iOS developers (sort of)